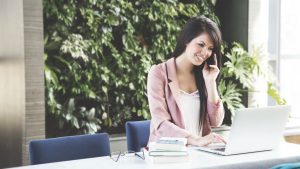 There is a common misconception, particularly in the world of estate agency, that Public Relations is only carried out and required by the biggest names in the industry AND that it costs a fortune…wrong.

Every organisation, no matter how large or small, ultimately depends on its reputation for survival and success.

Yes, major corporations have in-house teams to manage their reputation and improve communications with their consumers – in fact, you would be hard-pressed to find a large corporate organisation that isn’t shelling out thousands (if not more) every year on PR. But there are also plenty of savvy start-ups and independents using the power of PR to successfully grow their brand presence and carve a name for themselves.

In fact, I can think of a very successful estate agent which, having only launched in 2014, has used PR to market its USP and since gone on to win multiple industry awards. They are now expanding globally!
I want to focus on those agents who don’t have an endless marketing budget but are spending thousands on advertising and yet passing up on free opportunities to be featured in the press every week.

Most local papers and magazines will have their own property section and the best ones will include property editorial as well as adverts. They will often reserve space for news, market comment or features from those who advertise with them. However, I was astonished to learn this week, during a phone call with the Editor of one of the leading London property publications, just how few agents take advantage of this opportunity.

“The magazines always quote the same agents” is a common complaint. Sometimes this might be true. But let me assure you, it is not because they have the largest advertising spend. It is because they have the most proactive PRs. The vast majority of publications I have ever worked with are extremely fair when it comes to space for editorial content.

However, when it comes to deadline day, editors and journalists simply don’t have the time to chase PR and marketing departments for their content. They are going to use whatever they have in front of them. If they have a choice, then, of course, they will select the best content, but if you aren’t in amongst it, you won’t even be considered. It’s up to you! Get proactive, get published.